A leading gymnastics centre is at risk of losing its home on the Aldermoor Way site in Longwell Green because of the proposed redevelopment of the area.

Majestic Gymnastics is temporarily closed to its hundreds of members because of the pandemic, with just four GB squad members currently allowed to train there as they are preparing for the TeamGym European Championships.

Based in a unit at the old Saville’s Freights yard, Majestic Gymnastics is the only TeamGym specific club within the South West. Drawing gymnasts from not just South Gloucestershire but B&NES, Bristol, Wiltshire and Wales, the club usually has 600 recreational gymnasts passing through the doors each week, plus 90 national gymnasts who train there for 12 hours a week. 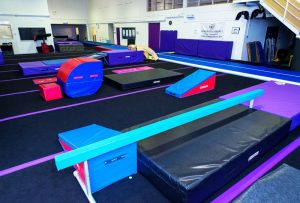 The club also has 120 pre-school gymnasts and would usually have 70 youngsters a day attending mother and toddler sessions. There are seven full-time staff and 15 part-time members.

Majestic Gymnastics is directed by Michelle George and Candice Littleton who had been told in pre-application discussions with the developer that a gym venue could be retained, based on predicted rental levels, within the retail space proposed.

However, that is no longer the case, with the developer now saying that economic circumstances have changed since 2019, not least because of the effects of COVID-19 and the collapse of the out-of-centre retail market. So although Majestic Gymnastics could instead take one of the proposed warehouses, the rent would be much higher, putting it out of reach. 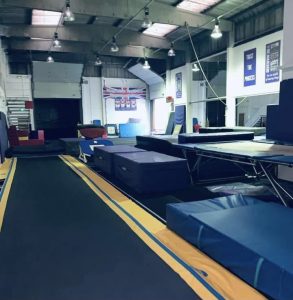 With their lease expiring in September and the developer planning to start demolishing buildings on the site this summer, Michelle and Candice say they are now fighting for the club’s survival. They argue that the application does not comply with council policy by providing a replacement provision to a community club that is still in demand, and that there is no alternative provision within walking distance to fulfil the needs of the gymnasts and the community.

They have been having talks with the council to try to secure the future of the club and say they have had support from local councillors. They have looked at other sites, including Warmley Business Park in Crown Way, but again say that the cost has been prohibitive.

This week they said: “We are hoping that South Gloucestershire Council will support us and work with the developers and planning officers in finding a solution and not allow our club to be a casualty of this redevelopment.”

They are asking club supporters to object to the proposals and have already received dozens of messages of support on Facebook.