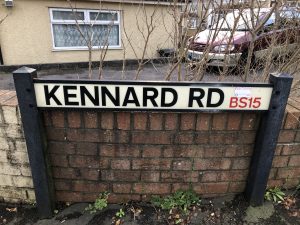 Officers investigating the death of a man in Kingswood have been granted more time to interview a 25-year-old man who has been arrested on suspicion of murder.

A custody extension was granted by magistrates yesterday afternoon.

The man has been arrested in connection with the death of a 24-year-old man at a house in Kennard Road in the early hours of Sunday.

A forensic post-mortem examination was carried out yesterday and the cause of the man’s death has been confirmed as a single stab wound.

Senior Investigating Officer DCI Darren Hannant, of the Major Crime Investigation Team, said: “Our investigation into this tragic incident continues and I’d like to thank people living in the local area for their support while we carry out further inquiries at the scene and surroundings.

“Formal identification of the victim has not yet taken place but we believe it to be a 24-year-old man from Bristol. His family are being supported at this very difficult time.

“If you have information about this incident and haven’t yet spoken with the police, please call 101 and give the call handler the reference number 5221026964.”