Tragic cyclist is named as Richard McCarthy from Kingswood 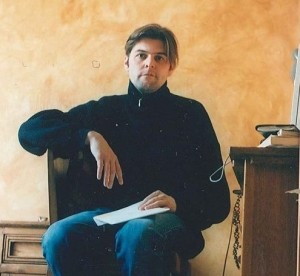 A cyclist who died after being found unconscious in Soundwell has been named as Richard McCarthy, a well-known Kingswood Labour Party activist.

What happened to the 48-year-old in the early hours of Boxing Day is unclear and police want witnesses to come forward.

He was found unconscious by a motorist on Church Road and was treated for a cardiac arrest at the scene. He was taken to Frenchay Hospital, where he died on Monday 30th December.

Police have launched an investigation and have asked for anyone who saw him come off his bike to contact the Collision Investigation Unit on 101.

The coroner has been informed about Mr McCarthy’s death. As we went to print, an inquest had not yet been opened.

His family revealed that, as he would have wanted, some of his organs were donated, including his kidneys.

Mr McCarthy had spent Christmas Day with his sister Jenny Rosser, 46, and her family and was cycling to his home in Bolton Lane, near Kings Chase Shopping Centre, when he was found on Church Road.

Mr McCarthy and his sister were brought up in a children’s home in Frenchay. He won a scholarship to the independent school QEH in Bristol and went on to study at Oxford University. He worked as a French-English translator and lived in France for many years.

At the time of his death he was unemployed but was switching career to become a horticulturist and this month had been due to start a garden design course at City of Bristol College.

Mrs Rosser said that on Christmas Day she had told her brother how proud she was of him.

Jo McCarron, Labour’s prospective candidate for Kingswood at next year’s General Election, paid tribute to Mr McCarthy, who helped her with her selection and was doing research for her.

She described him as “a man who fought passionately to make the world a better place” and that he was “a truly good soul who will be sorely missed”.

Bristol East MP Kerry McCarthy also spoke of her sadness at his sudden death. And Martin Farmer, councillor for Cadbury Heath and the secretary of Kingswood Constituency Labour Party, called him a “hardworking, loyal comrade for Kingswood Labour”.