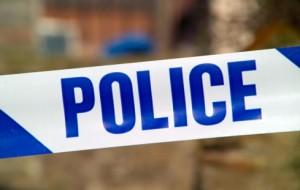 Police investigating a burglary in Downend last Wednesday in which a pensioner’s false eye and car were stolen have charged a man.

It  follows the recovery of the 79-year-old victim’s car in Bristol.

He and his wife were asleep during the raid on their home in Badminton Road between midnight at 4am on Wednesday. The car keys were taken and used to drive way their Seat Leon. Also stolen along with the prosthetic eye, which the man has had since the age of six, was a disabled parking badge, cash, two mobile phones, a flat screen television, figurines and a plain gold ring.

A police spokesman said that a 32-year-old Bristol man had been charged with two burglaries in the city – at a petrol station and a school – aggravated vehicle taking, dangerous driving and other motoring offences.

“Anyone with any information can call South Gloucestershire police on 101.  Alternatively you can call Crimestoppers on 0800 555 111.”